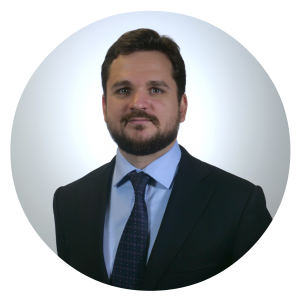 As the next CEPA-HIF Andrássy National Security Fellow, Miklós will expand his knowledge of EU-US energy security relations while also contributing to the improvement of mutual understanding in bilateral US-Hungary and transatlantic US-European relations.

Miklós’ academic work is focused on the development of member state solidarity in the context of EU energy relations. Miklós’ broader research agenda also includes the future of Liberal Order, the BRICS, and Grand Strategy. As the Founder & CEO of the startup Pericles Technologies, Miklós is working on introducing Blockchain to Public Thinking and Government Technology.

“I am firmly committed to maintaining the core values and sound traditions of our shared civilization. I also believe that it is imperative that we use this opportune moment to strengthen Hungary’s ties with the United States. Therefore, my chief objective is to contribute to the better understanding of Hungarian policy in Washington DC — and vice versa.”

Presently, Miklós is a final year DPhil (PhD) Candidate in International Relations at the University of Oxford (UK). He also holds Statecraft and International Relations degrees from the Eötvös Loránd University of Sciences (Hungary) and the University of Exeter (UK). Miklós is also a former desk officer of the Hungarian MFA and a proud alumnus of the EU Marie Skłodowska-Curie Actions’ PRIMO-ITN Consortium, where his case driven research at Jaguar Land Rover Limited explored the public-private diffusion of global standards in the BRICS context.

His thoughts about the Fellowship’s name giver:

“Count Andrássy was capable of integrating national, regional, and grand political narratives almost seamlessly. Today, we have to consider the example of Andrássy’s principled pragmatism and find new, positive venues for cooperation.”