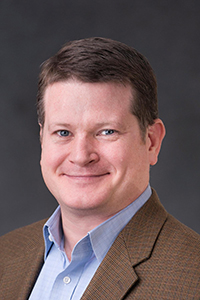 Chris Ball is Director of the Central European Institute (CEI) at Quinnipiac University where he is also the Istvan Szechenyi Chair in International Economics and Associate Professor of Economics. Ball serves as the Honorary Hungarian Consul for Connecticut where he promotes bi-lateral business relations with Hungary. He owns and manages CEENET LLC a boutique consulting firm, ArenaCAD USA, a digital imaging firm, and www.InvestCEE.com, a student- and alumni-run news website. From 2013 – 2016 Ball was the Executive Vice President of Light Sources Inc., a multinational specialty lighting company headquartered in Orange, CT, with offices in Hungary and China and sales worldwide.

Ball has been with Quinnipiac University since 2003. He earned his bachelor’s degree in Economics at the University of Alabama in Huntsville and earned his Ph.D. in International Macroeconomics at Texas A&M University. From 1994-1998 he lived in Budapest, Hungary where he was Program Director for the Hungarian Atlantic Council working on NATO expansion in the region and then as a fellow of the Institute of Current World Affairs writing about economic development in the region. He has also written on various topics in the Hartford Courant, New Haven Register, CATO Regulation Magazine and the New York Times.