From April 4 through August 6, 2017, the Museum of Arts and Design (MAD) presents Judith Leiber: Crafting a New York Story, an exhibition that focuses on the life and craft of America’s most enduring and iconic handbag designer, tracking her rise from pattern-maker and Holocaust survivor to venerated female entrepreneur. 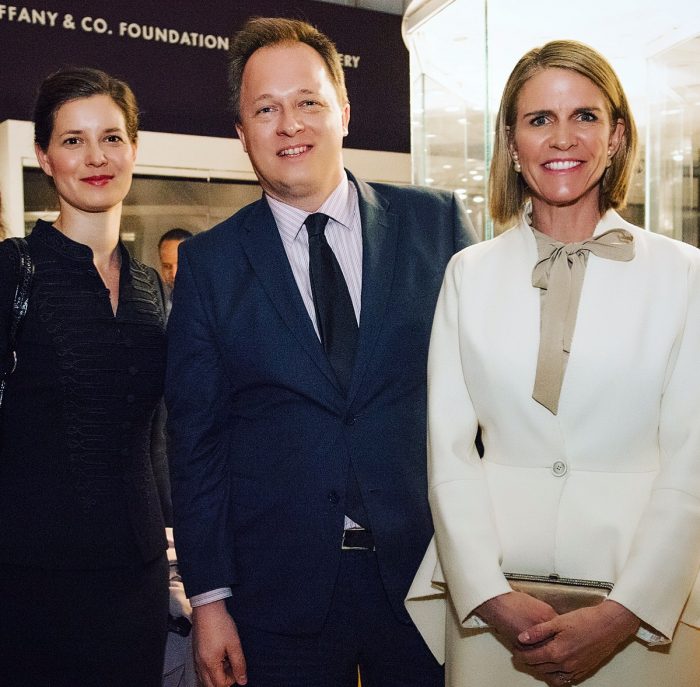 “Judith Leiber’s truly American story is one of defying the odds, emerging by hard work and creativity, excelling as a Hungarian immigrant and above all, of creating beauty. First Ladies from Mamie Eisenhower to Hillary Clinton recognized her extraordinary craftsmanship and feminine style, what she created was the definition of elegance.”

said Anna Smith Lacey. HIF has supported the exhibit through an arts and cultural grant to MAD.

Judith Leiber (née Pető) began her career in the handbag industry in 1939, just as World War II began. The war interrupted her studies in London, where she was preparing to attend King’s College to study chemistry and enter the cosmetics industry. She then joined the prestigious Jewish-Hungarian handbag company Pessl, where she quickly climbed the ranks from apprentice to journeyman to master craftswoman, and learned to create handbags from design to completion.

Pessl went out of business during the Nazi occupation of Hungary, and Leiber and her family sequestered themselves in an effort to stay safe as conditions worsened. After the liberation of Budapest, Leiber began making handbags again; she went into business for herself and sold directly to the employees of the American Legation and the U.S. Army. It was during this time that Leiber met and married Gerson Leiber, a sergeant in the U.S. Army Signal Corps. In 1946, the couple moved to New York and Leiber learned the American handbag industry employed assembly-line skill division. – explained the exhibit. The rest is history.

Including nearly one hundred handbags as well as wax models, letters, photographs, and other ephemera, the exhibition encompasses the history of Leiber’s eponymous company, which she founded in 1963 at the age of forty-two, through 2004, when she designed her last handbag.

Judith Leiber: Crafting a New York Story presents the illustrious craftswoman, designer, and businesswoman behind the legendary name, while foregrounding the gendered significance of the handbag in twentieth-century Western culture, and the centrality of immigrant entrepreneurship in the fabric of New York.

“MAD is thrilled to host this timely exhibition of Judith Leiber’s work as part of our spring fashion series, The Art and Craft of Getting Dressed,”

“Leiber is a designer, but she is also a craftswoman. This exhibition reminds us of the skilled making and tacit knowledge that we often take for granted, but that lie at the root of the designed objects we live with.”

For related events and more information, go to: http://madmuseum.org/press/releases/iconic-handbag-designer-judith-leibers-life-and-craft-explored-new-exhibition-mad

Create a narrative quilt! Join us in the second-floor gallery of Judith Leiber: Crafting a New York Story. After reading the beloved Tar Beach by Faith Ringgold, we will discuss Ringgold’s quilt and the handbag it inspired. Participants will then create their very own story quilts based on a personal memory, using paints, fabric, markers, and paper.

Join us in the second-floor gallery of Judith Leiber: Crafting a New York Story for a Sunday dedicated to bag making! First, we’ll read The Big Green Pocketbook, written by Candice Ransom and illustrated by Felicia Bond. Then, at 11 am, we will move to the classroom to make animal-themed bags inspired by Leiber’s creations.